Gifts For Your New Boyfriend 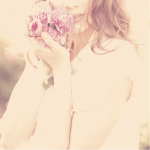 You’ve just met a great guy and things are going really well. So, you’re excited and want to let him know how happy you are. The problem is that, depending on the guy, too much too soon can turn some people off. Be careful that you don’t allow your happiness to make you go overboard. If you feel you just want to get gifts for your new boyfriend for some special occasion, don’t go too crazy.

Another thing about gifts is that you don’t want to inadvertently put pressure on him to get gifts for you. If you start showering him with gifts right off the bat that may make him feel pressured to do the same. And for some, that can be a turnoff.

You also don’t want him to get to the point where he expects you to get him things. Some people will receive a little sign of affection and take it for granted.

The last thing you want to do is get so carried away at the start of your relationship that you actually scare him off. Take things slow.

If you absolutely must get him some sort of gift, start with something fairly non-personal and inexpensive. That way it won’t be as likely to intimidate or make him feel pressured.

Here are some ideas of gifts for your new boyfriend that should land in the middle. Allow him to see that things are going well, without making you look like you’re coming on too strong:

These three suggestions may not work well with your guy, but hopefully it’s enough to get you started thinking. Letting someone know that you care can be done in many different ways. You can tell them in words, show them with actions, or show them with gifts. In most cases, doing a combination of all three is effective. But remember that all relationships are different. So, keep in mind that, depending on the guy, doing them all at once might be suffocating.

Got something to say? Let us know in the comments below!

Follow These Simple Rules To Achieve Commitment In The New Year

Holiday Gifts For The Woman You Love